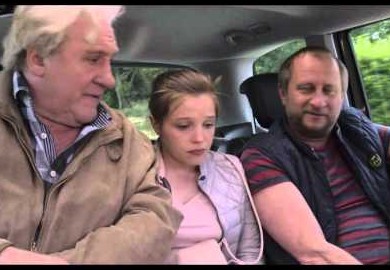 French actor Gérard Depardieu is the star of a wine film named Saint Amour and dubbed as France's answer to 'Sideways' and set for release in 2016.

Gérard Depardieu, who in 2014 was quoted as saying he could ‘absorb’ 14 bottles of wine in a day, plays one of the lead roles in French wine film Saint Amour.

The film is set for release in March, in French, and also stars Belgian comedian and actor Benoît Poelvoorde. It was created by Gustave Kervern et Benoît Delépine.

In a plot similar to cult classic Sideways, Saint Amour centres on two men who leave behind the daily grind of life to tour wine regions – only this time, the venue is France, not California.

Depardieu plays Jean, the father of Bruno (Poelvoorde) and his hopeful that his son will take over the the family cattle farm. But, Bruno is much more interested in wine.

The film’s planned release comes less than a year after Depardieu was reported as saying he wanted to sell all of his French wine assets. He has repeatedly criticised the French tax regime and he became a Russian citizen in 2013 after handing back his French passport.

France’s most famous actor speaks frankly with GUY WOODWARD about his life and family, and why working the soil, tending