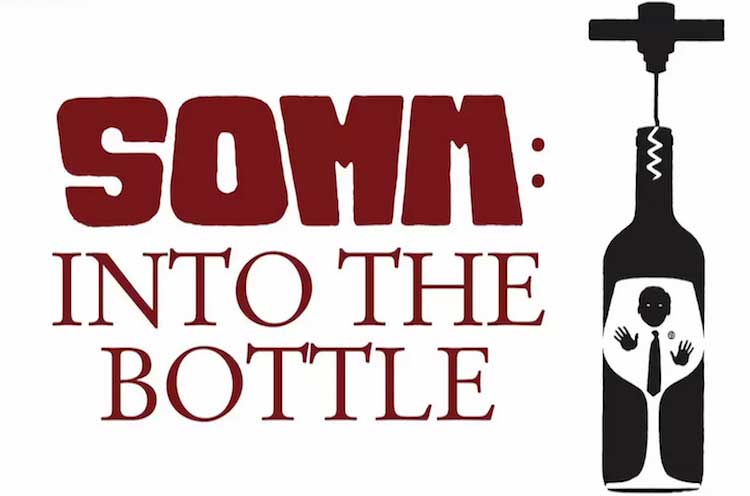 It's three years since director Jason Wise created an instant cult classic with his film Somm. Now his follow-up, Somm: Into the Bottle, which premiered at the Napa Valley Film Festival on 11 November, looks set to meet with even greater success.

The original Somm film, which also premiered at the Napa Valley Film Festival in 2012, told the story of four young sommeliers cramming to pass the notoriously difficult Master Sommelier exam.

Somm: Into the Bottle delves deeper into the sommelier’s profession and wine production itself, taking viewers behind the scenes to reveal how wine is actually made.

Wine films are frustratingly few and far between, and wine’s pleasures hard to translate onto the screen.

Guided by familiar faces from Somm, we meet the likes of Jean-Louis Chave, doyen of the Northern Rhône, and Jean Trimbach, whose family have made wine in Alsace for 13 generations.

We even explore the cellars of Domaine de la Romanée Conti with Aubert de Villaine.
We follow grapes from the vineyard to the winery, and are expertly initiated into the mysteries of fermentation and oak barrels.

In the process, Wise and his cast succeed in opening our eyes to the labour, the history, the culture, and even the emotions that lie behind every great bottle of wine—the story, in other words, behind each and every entry on a wine list.

We are reminded that for some, wine is more than a beverage, it is a way of life. This fascinating film is sure to entertain a broad and attentive audience.

Somm: Into the Bottle is produced by Samuel Goldwyn Films. It is currently available for pre-order at $12.99 on the US iTunes store. A UK release date has not been confirmed, but is expected to be in February 2016.

More stories on wine and film:

Rex Pickett’s play of his film Sideways is a step closer to Broadway after he recruited award-winning director Des McAnuff,

Sideways is about wine and the love of wine – and before your eyelids gently close, it’s a very funny

Making a compelling documentary on wine is not the easiest of tasks. In 2005 we had Mondovino, which grossed just

I have to confess I didn’t expect great things of A Year in Burgundy, chiefly because the director, David Kennard,